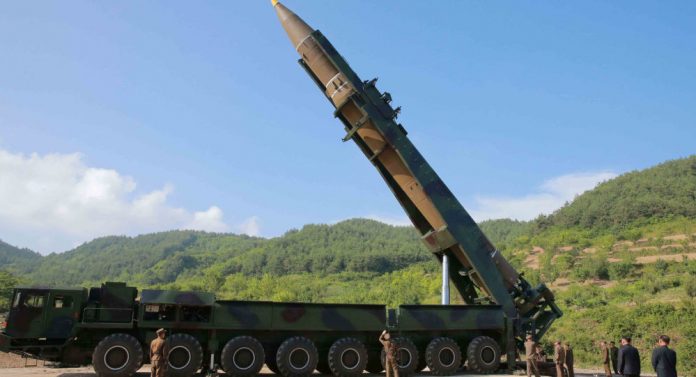 Information / follow up ..
North Korean leader Kim Jong-un has promised not to wake up South Korean President Moon Jay-en from sleep anymore after a missile test, Seoul reported Friday.
Last year Pyongyang carried out 20 ballistic missile tests, mostly in the early hours of the morning.
The UN Security Council called on the National Security Council to meet immediately at times when officials, diplomats and journalists were awakened from their sleep.
But when Seoul delegates met this week, Kim promised the fun not to wake Moon up anymore.
"My decision today is that President Moon will no longer be awakened by contacts early in the morning," a South Korean official quoted the North Korean leader as saying.
At the four-hour meeting on Monday, Kim agreed to hold a summit with Moon in April and expressed his desire to meet with President Donald Trump at an early date and present the discussion on nuclear disarmament and promised not to conduct nuclear tests during the negotiation period.
The two Koreas agreed to set up a hotline between the two leaders.
"If the officials' talks do not take place well and they act arrogantly, I and the president can speak directly on the phone and arrange things easily," Kim said, amid laughter from delegates from both sides.
http://www.almaalomah.com/2018/03/09/289684/