Constitution Is Irrelevant. Rule Of Law Is Dead

Constitution Is Irrelevant. Rule Of Law Is Dead

[size=38]SCOTUS CONFIRMS: Constitution Is Irrelevant. Rule Of Law Is Dead. Ruling Class Oligarchy Is The Power.  "SCOTUS" is the Supreme Court Of The United States - "THE LATE AND ONCE GREAT UNITED STATES"[/size] 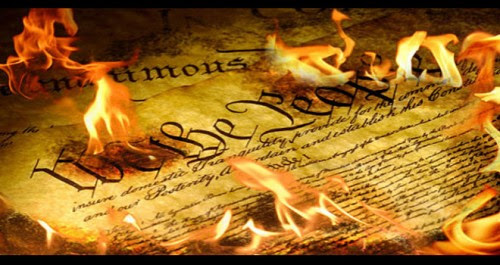 ,Housing and instituting Homosexual Marriage as a right- the last vestige of Constitutional limits on government have been officially swept away.[/size][/size]

And this is the condemnation, that light is come into the world, and men loved darkness rather than light, because their deeds were evil. – John 3:19

[size][size]
We have no Constitution. We have no rule of law.
We only have a Dictatorship – supported by an Oligarchy of Ruling Class nobles who see us as rabble needing to be subjugated and/or exterminated.
As the Dissent points out: “Words no longer have meaning”- and if words have no meaning in the law, then LAW itself has no meaning outside of whatever the Dictator-In-Chief and his Ruling Class says it means.
As Chief Justice Roberts wrote in the majority opinion: “Congress passed the Affordable Care Act to improve health insurance markets, not to destroy them,” – Roberts said the wording of ObamaCare was ambiguous but decided the intent of Congress was clear and therefore he rewrote the law because,”[Congress] always had the intention of subsidies being provided nationwide”.
So we now have incontrovertible proof that the Supreme Court has made itself the final arbiter of what decrees and “laws” are ‘law’ and have inserted themselves into being the Confirmers of what politics are “Lawful” and what politics and ideologies are ‘UnConstitutional” meaning – unlawful.
So we have a dictatorship that confirms The Fuhrer’s and the Politburo’s political agendas.
image: http://swordattheready.files.wordpress.com/2014/02/lord-king-obama.jpg?w=500&h=352 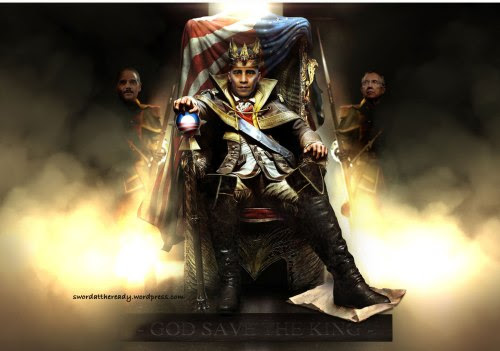 “Under all the usual rules of interpretation, in short, the Government should lose this case. But normal rules of interpretation seem always to yield to the overriding principle of the present Court: The Affordable Care Act must be saved.”
image: http://ads.investingchannel.com/adtags/set_cookie?name=icviewcount_investmentwatchblog&value=3&expires=30

“And the cases will publish forever the discouraging truth that the Supreme Court of the United States favors some laws over others, and is prepared to do whatever it takes to uphold and assist its favorites.”

[/list]
[size][size]
So, if you are honest and brave enough to accept the truth: have a Dictatorship – run by a Marxist and Socialist Oligarchy in all 3 branches – who have ceded power to a destructive America-hating madman in the Executive who is stoking a race war while ‘fundamentally transforming the nation into a Communist hell-hole.
Since todays ‘laws’ are written in massive thousand page behemoths and passed in secret with no one in the American public knowing what the Oligarchy is crafting, it is self-evident that the Constitution no longer exists in practicality beyond lip service.
When challenged on the Constitutional merits, we now see that diktat from the Oligarchy will now be upheld over the rule of law.  Today it’s government-run healthcare. By Monday, it will be Homosexuality rammed down all our throats with no difference between civil unions and traditional marriage while sacred institutions who refuse to marry same sex couples will be charged with crimes.
Every institution that was American and cultural is being dismantled, banned, shunned and destroyed before our eyes.
During Mao Zedong’s Cultural Revolution, the Chinese were encouraged to destroy the “Four Olds”—old customs, old habits, old culture, and old thinking.  Given the Ruling Class insane push to remove all symbols of the Confederacy and Southern Culture from the country in the last week – the fact is what we see playing out before is the removal of our foundations and heritage so that removing the Constitution is accepted and applauded by the masses.
image: http://swordattheready.files.wordpress.com/2014/08/obamao21.jpg?w=500 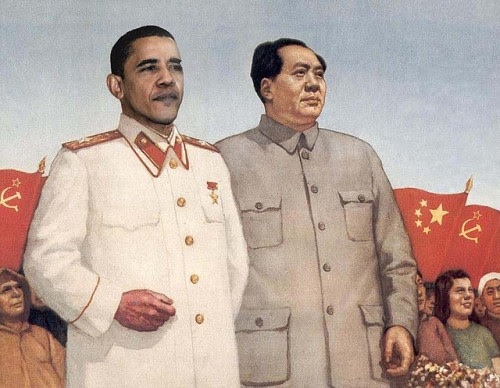 So what do we do now?
Here is the solution – which our Forebears implemented when they too found themselves under tyrannical dictatorship:

Yes, this will make you a target.
Yes, you will be punished.
Yes, they will make an example out of you.
Yes, they will impoverish you, seize you, imprison you and even KILL YOU.
So the question you have to ask yourself is this:  Do you love liberty enough to risk your lives, your fortunes and your sacred honor?  Or will going along to keep ourselves fed and sheltered and provided for by a Beast be more important to us?
Please re-read our duty as enshrined in the Declaration of Independence:
[/size][/size]

But when a long train of abuses and usurpations, pursuing invariably the same Object evinces a design to reduce them under absolute Despotism, it is their right, it is their duty, to throw off such Government, and to provide new Guards for their future security

» Speaker of Parliament must choose between the rule of law and the Constitution Awashoaiah
» Kurdistan Alliance: Maliki's words became irrelevant because he just lawmaker
» Top beats sounded the alarm: sectarian war in Iraq and the Government has begun to be irrelevant
» Report: Clinton spent money late in irrelevant states to ensure she won the popular vote
» 3 police officers dead, 3 wounded, one suspecct dead, Baton Rouge, LA