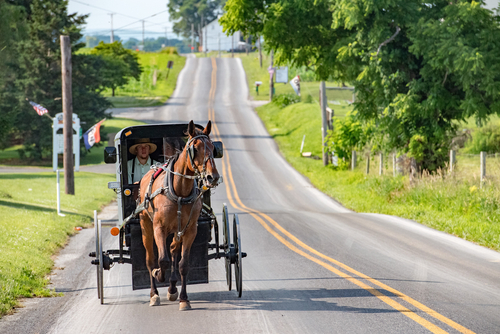 Historically during the Roman Republic, the tax imposed was 1%. During time of war, the taxes would rise to 3%. Ever since Karl Marx, who said religion is the opium of the masses, politicians have loved Marxism and used it to exploit the people to the point governments are averaging now 40% of the entire economy. They have outpaced all other businesses beating the bankers and multinational corporations. They have become the 800 pound gorilla in the corner of the room nobody notices is even there. Politicians always preach against the “rich” which increases the wealth of government. As the IRS commented: “We don’t ask people their race or religion when we administer the tax laws. People have no right to use their religion as an excuse not to pay taxes.” This is obviously the spirit of Karl Marx.
https://www.armstrongeconomics.com/world-news/taxes/socialism-contradicts-freedom-of-religion-why-amish-do-not-pay-social-security-taxes/

» EU Wants to Charge Social Security Taxes on Robots As If They Were People
» We specialize in the defense of freedoms: freedom of expression law that contradicts the constitutio
» Freedom of Religion & Several Alexander (222-235 AD)
» No passports for US citizens who haven’t paid taxes or don’t have a Social Security number
» Deputy: Census will be free of mention of nationalism, religion and religion