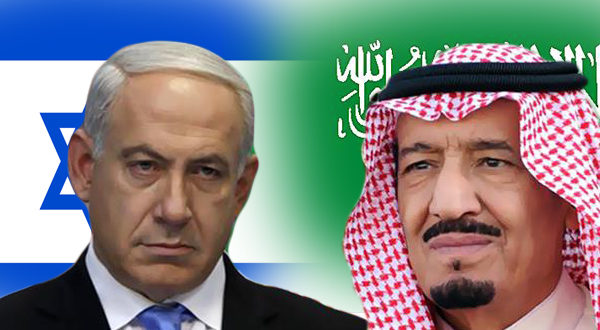 Reuters quoted Israeli cabinet minister Yuval Steinitz as saying that there was a hidden link between Israel and Saudi Arabia, at the latest, about Iranian influence in the region. This was considered the first official Israeli statement regarding the existence of secret plans between the two parties.
According to the report, which was translated by the «Journal News», neither the Saudi government, nor the spokesman of Israeli President "Benjamin Netanyahu", the comments of the Israeli Energy Minister. Although Saudi Arabia and Israel have no formal diplomatic ties, their common enemy is Iran. Both are seeking to reduce the influence of the latter in the Middle East.
"We are not ashamed to show our alliance and our political relationship to the public, but the other party is interested in hiding it. We respect the wishes of the other side, whether it is Saudi Arabia or any other Arab country," Steinitz said.
On the other hand, Saudi Foreign Minister Adel Jubair said in an interview with Reuters that "the Palestinian issue and Israel will be resolved through Israel's understanding of the Arab demands, so that it can enjoy good commercial and political relations with all the Arab countries. Now, we have no connection to Israel. "
Sharing intelligence
Last week, the chief of staff of the Israeli military told an Arab newspaper that his government was willing to share its intelligence with Saudi Arabia, similar to their interests in standing up to Iran.
Saudi Arabia is also increasing pressure on Tehran, accusing it of expanding its influence in the Arab countries. It is unlikely that this hidden relationship will develop, given all the international interests common to both parties.
At the end of its report, "Reuters" that "Israel deliberately show hidden relations with major Arab Muslim countries such as Saudi Arabia, despite the desire of the latter to hide, to avoid trying to pay the prichttp://www.aljournal.com/%D9%88%D8%B2%D9%8A%D8%B1-%D8%A7%D8%B3%D8%B1%D8%A7%D8%A6%D9%8A%D9%84%D9%8A-%D9%8A%D9%83%D8%B4%D9%81-%D8%A8%D8%B4%D9%83%D9%84-%D8%B1%D8%B3%D9%85%D9%8A-%D8%B9%D9%84%D8%A7%D9%82%D8%A9-%D8%AA%D9%84-%D8%A7/e to pay, such as giving up the Palestinian issue."