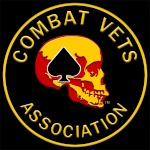 
EVERETT, Wash. -- Although the state of Washington has recently updated the law on the use of marijuana, essentially decriminalizing use for civilians, Zero Tolerance drug policy regulations remain unaffected for Sailors.

The Zero Tolerance drug policy was implemented after a fatal crash of an EA-6B Prowler on board USS Nimitz in 1981, killing 14 crew members and injuring 45 others.

Autopsies were performed and several members of the flight deck crew tested positive for marijuana. Following this discovery, then-President Ronald Reagan instituted a Zero Tolerance drug policy across all of the U.S. Armed Forces.

As a result regular, random urinalysis drug checks are conducted on all military personnel.

"Marijuana can stay in the system for up to 30 days depending on the person's metabolism, dosage and method of consumption," said Hospital Corpsman 3rd Class David Johnson. "Because it's lipid-based, it can stay in the fat cells for a long period of time, whereas water-based substances would flow through very quickly."
marijuana, or cannabis, induces multiple psychological affects to the users mental state.

"Being under the influence of marijuana can result in slow reaction speed and poor judgment, and can negatively affect operational success," said Legalman 1st Class Michael Lightsey. "In the case of an emergency, people could get hurt. You don't want anyone to be high while operating a jet."
Illegal or wrongful use, possession, sale, transfer of controlled substances, or any attempt to commit drug offenses results in maximum punishment under the Uniform Code of Military Justice, which includes forfeiture of a half month's pay for two months, reduction in rank, courts martial, three days confinement on bread and water (for E-3 and below Sailors), 45 days of extra duty and 45 days on restriction or 60 days of restriction and discharge from military service.

"Aside from the typical punishment that follows drug use, there are collateral consequences to getting kicked out of the military," said Lt. Cmdr. Ryan Anderson, Nimitz' command judge advocate. "Aside from increasing the difficulty of finding a job, you also lose your G.I Bill. It's not a good idea for Sailors to dabble with marijuana because it's not worth it. Before you eat that pot brownie, ask yourself if it's worth losing $90,000."

» US Sailors Sue Japan Utility in Radiation Exposure
» Nevada’s Marijuana Legalization Gives Control To Newly Created ‘Cannabis Cartel’
» Newspaper: Al-Halbousi and Saleh cautioned Abdul-Mahdi against driving out American forces ... feari
»  Chairman of the National Alliance calls for the legalization of the estimated income for 2017
» Saving 11 sailors from the sinking incident