A senior Pakistani official has revealed serious information, for the first time since renewed conflict between Pakistan and India, a Pakistani media reported.
India and Israel were in agreement with an unnamed third country for a large-scale attack on Pakistan on Feb. 27, the official IRNA news channel reported.
The officials, who preferred not to be named, said ISI had received reports of these intentions, adding that "there is a third major country involved in this plan along with India and Israel."
"India was prepared to strike at eight different sites in Pakistan by means of missiles, and in response, Pakistan has also identified eight or nine sites in India to hit it, and Israel was interested in striking Pakistan's nuclear warehouses," they said.
"To avoid such a strike, Pakistan has closed its airspace after receiving various reports confirming this, which has thwarted Indian intentions," the report said.
India and Pakistan have been in a state of tension for decades, and have witnessed an escalation in the past few days in the wake of a suicide operation carried out in the disputed Kashmir region between the two countries, under Indian sovereignty, killing 40 Indian soldiers, while India attributed the implementation of the operation to armed groups in Pakistan Called "Army of Muhammad".
In response, the Indian air force bombed the camps of these armed groups on Pakistani territory, but the Pakistani air defenses dropped two of the Indian aircraft attack, captured one of the pilots and then returned to India, and despite this gesture, which Pakistan tried to show goodwill through it, continue to exchange The shooting between the two sides killed civilians and soldiers from both sides.
The conflict between the two countries dates back to 1948, that is, since the British occupation of the country and the separation of Pakistan from India. The two countries have fought several wars over control of the Muslim-dominated Kashmir region, which is controlled by India.
The two countries fought more than a war over Kashmir, and the worsening of the problem has led to high unemployment and complaints of human rights abuses by security forces facing protesters and insurgents in the streets.

The Pakistani navy announced on Tuesday that its vessels had intercepted an Indian submarine that would have entered its territorial waters.
The Pakistani navy said in its statement that the Indian submarine would enter the Pakistani territorial waters in the early morning hours of Tuesday, but was intercepted and forced to return.
"The discovery by the Pakistani navy of Indian high-tech submarines is a loss to the Indian navy," the statement said.
He pointed out that the last objection by Pakistani ships against Indian submarines was in 2016, stressing: "In order to achieve peace, was not targeting the Indian submarine, this action reflects the desire of Pakistan to achieve peace."
Tensions between New Delhi and Islamabad have escalated since an attack on a patrol in India-controlled Kashmir, disputed by Pakistan, which denied its links to the attack.
The attack, on February 14, killed 44 Indian soldiers and wounded 20 others.
On Tuesday, India launched an air strike on what it said was a "terrorist camp" in the territory controlled by Islamabad from the region for the first time since the 1971 war.
On Friday, Islamabad handed over to Delhi an Indian pilot captured by the Pakistani army on Wednesday after two Indian air force planes were shot down and penetrated Pakistani airspace.
Kashmiri residents have been demanding secession from India and joining Pakistan since independence from Britain in 1947 and sharing the Muslim-majority territory.
The conflict over the Kashmir region began between the two countries since they gained independence from Britain in 1947. Three wars broke out in 1948, 1965 and 1971, killing nearly 70,000 people on both sides. Ended 3 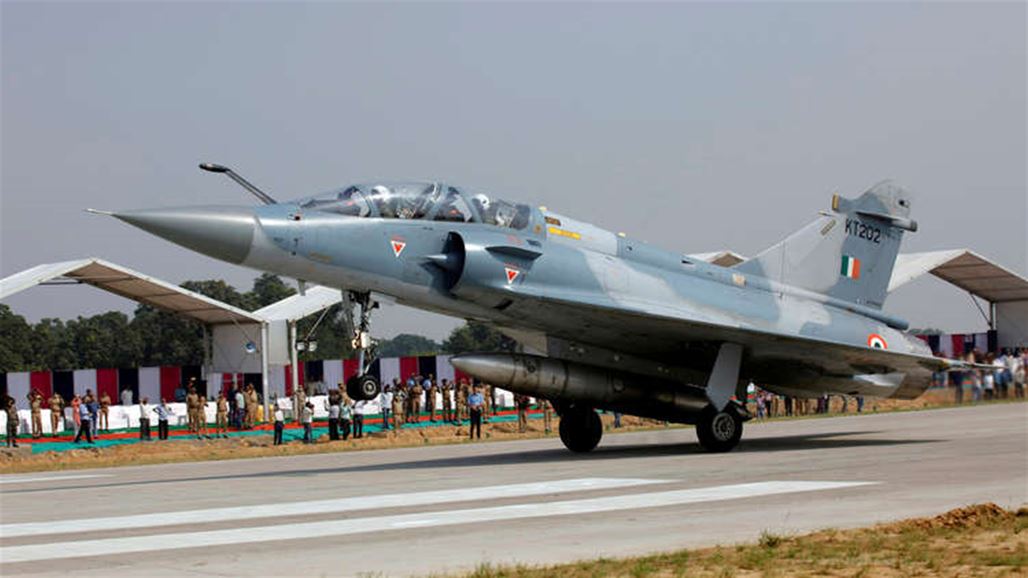 in an attempt to confirm the success of the raid, the Minister revealed that an Indian agency specializing in surveillance, spotted 300 mobile phone has been active in the suspected camp , which was bombed by Indian aircraft on 26 February to Pakistan .

In an attempt to dispel doubts about the results of the raid carried out by India in the Pakistani section of Kashmir , Interior Minister Rajnat Singh announced that his country's warplanes bombed the camp of the "Army of Mohammed" after monitoring the phones mentioned.
"Some people are asking about the number of people killed and asking answers from us," said Singh. "The region's 300 credible mobile phone system showed that the area had 300 active mobile phones before Indian pilots dropped bombs.

A number of Indian officials have expressed doubts about the Indian government's assertion that "a very large number" of members of a militant Islamic group in the raid.

In turn, Pakistan announced at the time that Indian aircraft bombs hit a largely empty hill near the town of Balakot, in the northeast of the country without causing any harm to anyone.

"We do not count the casualties, and we see whether or not the target is hit," Air Force Commander Marshal Berendar Singh Dahanwa was recently asked about the number of terrorists killed in the air strike.

Pakistan announces the return of its ambassador to India

Pakistan announces the return of its ambassador to India

Information / Baghdad ..
The Pakistani Foreign Ministry announced the return of its ambassador Suhail Mahmoud to India after the conclusion of the consultations in Islamabad, confirming that he was informed the acting Indian ambassador in the country.
"Pakistan's commitment to continue weekly contacts at the level of combat operations departments," the Pakistani foreign ministry said in a statement of the ambassador's return after consultations ended in mid-January.
Pakistan recalled its ambassador to India for consultations on February 18, following tensions between the two countries following India's accusations of Islamabad of being behind an attack on a patrol in India-controlled Kashmir on February 14. Islamabad has denied ties to Islamabad. Ending / 25
https://www.almaalomah.com/2019/03/06/392152/
Sponsored content

Re: serious information about a military plan from three countries to strike Pakistan