An Iraqi journalist announces running for Congress against Ilhan Omar

An Iraqi journalist announces running for Congress against Ilhan Omar 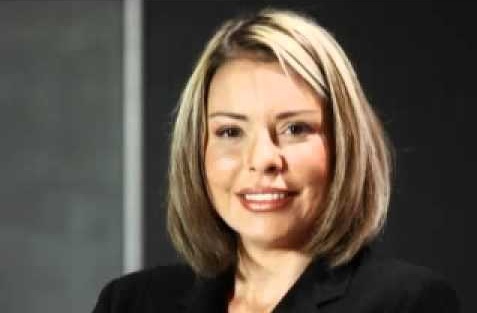 BAGHDAD - Mawazine News
The Democratic Representative in the US Congress, Ilhan Omar, has faced a rival in the November elections. She is also a Muslim and refugee, but she is from the Republican Party.
Iraqi Dalia Al-Aqeedi, 51, is a former White House reporter who said she felt compelled to compete against lawmaker Ilhan Omar, a Somali-born. Describing her as a contentious figure, she neglected her area of ​​Minneapolis.
Al-Aqeedi told The New York Post about Ilhan, "It spreads hatred and racism, not only in her region, or in her state, but in the entire United States."
"It offends moderate Muslims, Muslims like me. She does not represent me as a Muslim," Al-Aqidi added.
Al-Aqidi published a video report in her campaign, which she presented in her journalistic way, during which she talked about herself, her background and goals, and criticized her competitor Ilhan Omar.
Al-Aqeedi tweeted on her Twitter account: "It is time to defend America! I run for Congress because we are not divided, as Ilhan Omar and the extreme left want to believe. I run to be closer to each other."
One of the strengths of Akeedi's candidacy, as she put it, is that she will not use her background as a Muslim refugee woman in the United States, the story shared by other personalities.
Al-Aqidi and her families came to Iraq to escape the former Saddam Hussein regime, when she was in her twenties, the beginning of the nineties. Ilhan and her family fled the war in Somalia when she was nine years old.
Omar's competition took a strong professional streak for herself as a political reporter, worked at the Voice of America Foundation and then as a reporter for the Middle East Network from the White House, and traveled around the world and covered conflicts in her homeland, Iraq and Lebanon.
When asked about the fact that she moved, months ago, to the center of Minneapolis’s district of Omar, Al-Aqidi said she was spending her time each day talking to the locals who had expressed concern that Ilhan Omar was not representing them.
"On Thanksgiving, she helped feed more than 250 homeless people in Minneapolis, which Ilhan did not remember. She does not originally talk about homelessness in Minneapolis, which is very cold, and in which there are not enough shelters to sleep," Aqidi said.
She says she will run as an election campaign focused on "reducing gang violence in the streets of Minneapolis, and gathering people to confront the anti-Semitic provocative language" about which Omar was criticized.
On the issue of homeless people, Omar presented in November the "Homes for All" bill, which would allow a major expansion in the supply of American public housing.
"It is just one crisis after another. She could have done a lot for our community in immigration and education matters, but she did not, she picks up fights," a Somali who lives in Minneapolis told the New York Post about Omar.
Al-Aqidi said she was preparing for a fierce battle in the county that Omar swept by 78 percent in November 2018
. I believe in what I do, because I believe in the constitution and feel defended in the face of those who work against their country, "says Al-Aqidi. Ended 29 / h

» Ilhan Omar fined by state for unlawful use of campaign funds
» She previously denied her relationship with him ... Ilhan Omar announces her marriage to Tim Mint
» The transgender "WikiLeaks" is "running" for the US Congress
»  President of Blackwater, who is accused of killing Iraqis running for the US Congress
» Iraqi Journalist “Beaten by Party Officials”