Oil Supply: Brent, WTI Are On the Rise Ahead of Doha OPEC Meeting

Oil Supply: Brent, WTI Are On the Rise Ahead of Doha OPEC Meeting

Oil Supply: Brent, WTI Are On the Rise Ahead of Doha OPEC Meeting
by Stuart Burns on April 13, 2016
Style:CommentaryCategory:Commodities, Global Trade, Macroeconomics 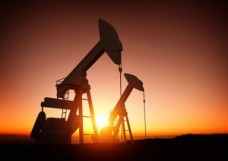 The oil price is doing rather well this week isn’t it?
Or you would think so, if you were an oil producer or resident in a net-oil-exporting country. For the rest of us, it’s a bit of pain pulling up at the gas pump only to find prices have crept up a few pence or cents since the last time we filled up.
The Organization of Petroleum Exporting Countries would have us experience a lot more of that pain if they had their way. The group of 13 oil-producing countries is meeting this Sunday in Doha Qatar to try to hammer out a deal to support prices.
Last Week For The March 2016 MMI Report


Various major oil exporters have voiced support for the idea of freezing output to support prices and, among a number of other factors, this rhetoric has had the desired effect. From a low of about $27 a barrel in January the oil price — both Brent Crude and West Texas Intermediate — have risen to 2016 highs. Brent to over $43 a barrel and WTI to over $40 a barrel. Russia and the Saudis have supposedly already agreed to freeze, at least, their output.

What’s OPEC Up To?

Not that the price rises have been solely down to OPEC talking up the market, the move higher has been mostly speculative and influenced by a number of factors such as rising automotive production in China where vehicle sales were up 8% in March. <img class="size-full wp-image-75516" src="http://agmetalminer.com/mmwp/wp-content/uploads/2015/12/AdobeStock_wscott_oil_550_120415.jpg" alt="The types of wells that built domestic driller Chesapeake Energy. Source: Adobe Stock/ W.Scott" width="550" height="366" />
West Texas Intermediate is up, as is Brent Crude. Source: Adobe Stock/ W.Scott
The threat of strike action by thousands of oil and gas workers in Kuwait next week and gradually falling U.S. shale oil production have added to a sense of slowing demand, plus a weaker U.S. dollar has had the impact of supporting any dollar-priced commodities.


The Financial Times reports global demand is seen rising strongly for a second consecutive year as lower prices encourage higher consumption and OPEC has played on these trends to suggest rising demand, if met by a freeze in supply, justifies a tightening and, hence, higher prices.

Indeed, front-month oil price weakness, compared to forward pries three months prices, shows that the contango has narrowed in recent weeks suggesting the market may be a little firmer than it was at the turn of the year.
On the whole, though, you have to ask is this production freeze just so much hot air?

Iraq’s Falah Alamri, director-general of the country’s oil marketing company, talking to the FT about the forthcoming prospects of a freeze sounded somewhat desperate saying: “They should do this deal as this is the only way to support the oil price.”

But Iraq is pushing for a freeze at January levels. According to the FT, data show the country, which has been the main source of output growth over the past two years, pumped 4.5 million barrels a day in January, a historical high. Saudi Arabia is pumping at near-record levels and Russia, which has not revealed its hand yet as to whether it will participate or not, is also pumping at a post-Soviet record.
Meanwhile, all eyes are on Iran which has steadfastly maintained it has the right to raise output to pre-sanctions levels now that it has struck a nuclear deal with the west and sanctions are being lifted. It won’t happen overnight, but Iran has the potential to raise exports rapidly for the next two to three years, initially, as current production simply becomes easier to sell and later as investment lifts production levels over time.
What is agreed, or fails to be agreed, in Doha obviously has much to do with whether prices rise from here but the market could be getting ahead of itself and some hedge funds agree, cutting their long positions for movement above current levels.
Free Sample Report: Our April Metal Buying Outlook


The most likely outcome is OPEC will achieve a $40/barrel floor, if they can agree to a freeze. If not, expect the price to fall back. If we do see an agreement the floor may possibly rise to $50+ in the second half of this year depending on the rate of U.S. decline and the rate of Iranian increase.

The market is still oversupplied and a freeze isn’t going to change that in the short term.

http://agmetalminer.com/2016/04/13/oil-on-the-rise-ahead-of-doha/
_________________
For I know the thoughts that I think toward you, saith the LORD, thoughts of peace, and not of evil, to give you an expected end. Then shall ye call upon me, and ye shall go and pray unto me, and I will hearken unto you. And ye shall seek me, and find me, when ye shall search for me with all your heart.