A cousin of the late Libyan president: Gaddafi told me about Sarkozy's support for money

A cousin of the late Libyan president: Gaddafi told me about Sarkozy's support for money 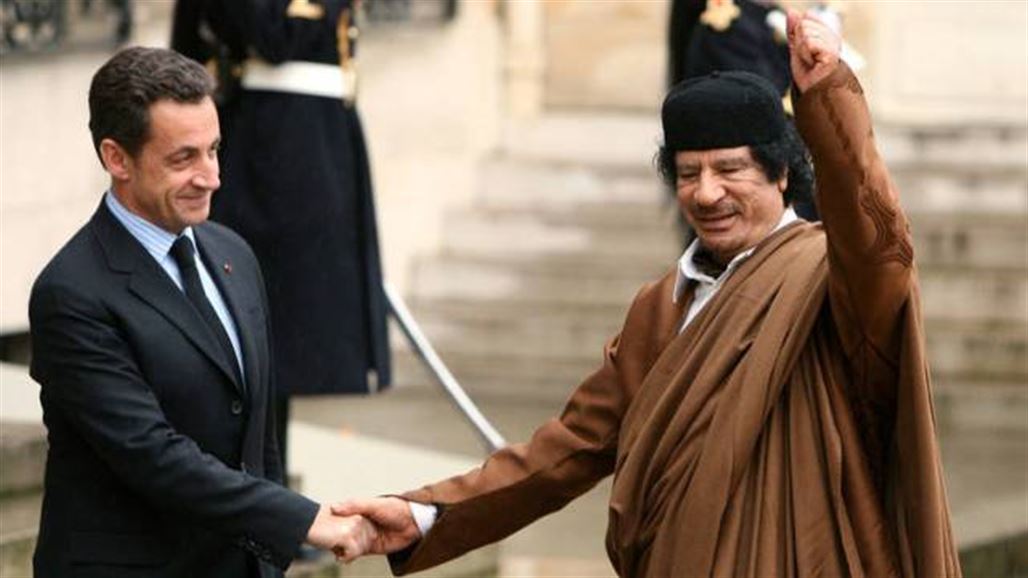 said Ahmed howitzer blood, the most prominent of those close to the late Libyan leader Muammar Gaddafi , said that his country supported the former French President, Nicolas Sarkozy; "to ensure that it remains a strategic ally , " adding that " a real undeniable."

This came in statements made by Qadhaf al-Dam from his residence in the Egyptian capital of Cairo on Thursday evening March 22, 2018, in an interview on satellite with France "France 24".
Qadhaf al-Hammad said in his statements that he learned from the late Libyan leader and other officials (not named) about Tripoli's support for the French president with funds. "This is certain," he said.

In response to a question about the sums Libya gave to Sarkozy, 63, Qadhaf al-Dam said: "I have not heard anything recently, all I know is that we supported him (Sarkozy) because he was our ally."

He explained that in that period, Gaddafi was seeking to establish the so-called United States of Africa, "and therefore we had to have a close friend in the Elysee for this important and strategic issue," he says.

Qadhaf al-Dam is the cousin of Gaddafi and a member of the family who lived in Cairo. He was the coordinator of Egyptian-Libyan relations. He was arrested in 2013 in Egypt for "killing a police officer, resisting the authorities and possessing a weapon without a license." End of the same year.

On Wednesday, the French judiciary charged Sarkozy with initial accusations of corruption and illegally received money from Gaddafi to fund his campaign he won in 2007.

The charges come after Sarkozy was arrested for questioning by French anti-corruption police in the same case. However, Sarkozy has repeatedly denied that he committed irregularities.

The French authorities opened a preliminary investigation in 2013, on the allegations that Sarkozy received money from Libya, during his campaign.

In 2016, French-Lebanese businessman Zaid Taqi Eddin said he brought € 5 million from Libya to Sarkozy in late 2006.

Taqi al-Din is known as Amal al-Din, the wife of actor George Clooney. The businessman had many financial problems in France, as well as his lack of specialization in a particular field of study.

Since the early 1990s, he has been widely known for his role as an effective mediator in the sale of French arms to Lebanon and Saudi Arabia. According to the Spanish newspaper ABC , for years Taqi al-Din boasted that he was the "mediator" Between Sarkozy and Muammar Gaddafi.

Another man, Alexander Johari, is also charged. He is believed to have played the role of mediator between Sarkozy and Gaddafi, a descendant of a family of Algerian immigrants. He had no high school level, but his intuition of business made him a millionaire.

According to the Spanish newspaper, during the presidency of Jacques Chirac between 1995 and 2007, Joumei placed his "business" talents in the service of future "heirs": Dominique de Villepin and Nicolas Sarkozy . Years ago, he also introduced himself as a "mediator" between Gaddafi , And Sarkozy. At the same time, no evidence of "secret communications", made to hold such deals, was found, ABC reported.

The French investigators, according to the Associated Press, the allegations of the Gaddafi regime in secret to Sarkozy, 50 million euros, to support his campaign, adding that the amount exceeded the maximum legal funding for the campaign, which was then 21 million euros.

» The central bank froze assets of a cousin of the tyrant buried and another Libyan national arms trad
» Hillary Emails Reveal NATO Killed Gaddafi to Stop Libyan Creation of Gold-Backed Currency
» The French judiciary officially accuses Sarkozy of receiving money from Gaddafi
» George Soros Tells America To Take Their Money Out of the Banks Before It Is too Late
» Jeb's tailspin: 'I'm told Bush team out of money'