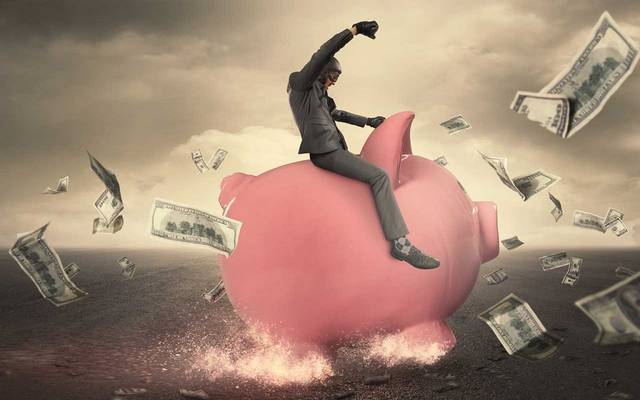 17 June 2018 06:58 PM
From - Sally Ismail:
Mubasher: The world is always looking at monetary policy decisions in the largest economy around the world, making it arguably the most prominent event in global markets last week.
The strength of economic performance has helped the US gradually shift to more aggressive monetary policies, and the ECB is following the same trend as the eurozone's GDP is recovering.
Federal Reserve decision
In the context of further easing monetary easing, the Fed took the second step of its kind this year by raising the US interest rate.
The US central bank decided to raise the interest rate by 25 basis points to 1.75 percent to 2 percent, a move that was in line with expectations .
But the Federal Reserve has also decided to increase  the rate of interest rate increases to four times this year instead of the previous estimate of three increases, in addition to planning to raise the rate three more times next year.
The central bank's move to raise the US interest rate after three increases last year and an increase in the monetary policy meeting held in March.
Positive signs of US economic performance boost the pace of policymakers in the United States.
The Reserve Bank's recent monetary policy statement raised US GDP growth estimates this year, noting that inflation accelerated more rapidly than previously estimated, as well as reduced unemployment.
Decision of the European Central
As eurozone economic growth recovers, the ECB has decided to end its quantitative stimulus program several years ago.
The central bank has decided to keep buying 30 billion euros in bonds until September, cutting them to 15 billion euros in the next three months to end the quantitative easing program by the end of December.
Although the ECB decided to set interest rates on refinancing, lending and deposits as it is at 0.00%, 0.25% and -0.40% respectively, but the bank's president, Mario Draghi , indicated that the same levels remain unchanged until the summer of 2019 .
Other central banks
For its part, the central bank in Japan proved its monetary policy unchanged as it kept the short-term interest rate at -0.10%.
He also decided to keep the 10-year government bond yield at zero and the quantitative easing program at the same rate of 80 trillion yen a year.
But in a first-time shift, the People's Bank of China decided not to follow the Federal Reserve's decision to raise interest rates, keeping key interest rates unchanged amid the strength of the local currency of the yuan.
The consequences of monetary policy tightening decisions
The US move on interest rates and the European Central Bank's decision to set the date for ending the quantitative easing program comes at a time when global economic growth is facing potential threats from rising trade tensions between the United States and its trading partners.
Both the International Monetary Fund (IMF) and the World Trade Organization (WTO) have issued warnings about the impact of peer-to-peer tariffs on world trade and have expressed concerns over the impact of rising US interest rates on emerging market economies that may suffer following rising borrowing costs.
The face of emerging markets intense pressure during the current phase due to the US currency 's strength and interest rate Alakhzhvi rise, which was reflected in the local currencies of those economies, which saw a sharp decline despite attempts to raise interest rates.
The tightening of monetary policy poses several risks to financial markets that have been able to grow with low interest rates and are currently suffering from high levels of debt.
The time of tightening global monetary policy and rising borrowing costs is a critical period for energy-efficient economies in the Gulf region, which are recovering from the economic slowdown on the back of falling oil prices over the past period.
At the same time, Gulf countries reacted to the Federal Reserve's decision, with Saudi Arabia, the United Arab Emirates and Bahrain increasing interest rates by 25 basis points while Kuwait kept its monetary policy intact.