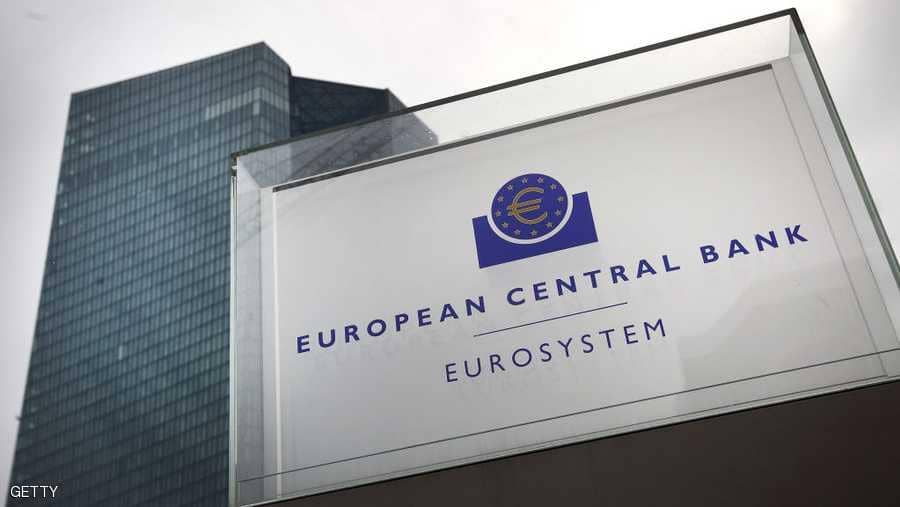 Follow - up - News balances
amid the continuing slowdown in economic growth and the rate of inflation, the European Central Bank issued a set of stimulus measures, which provoked a strong jolt in global markets during trading on Thursday.
As widely expected, the ECB cut its deposit facility interest rate by 10 basis points to -0.50 per cent, while it decided to hold interest rates on refinancing and marginal lending at 0.00 per cent and 0.25 per cent.
The ECB expected interest rates to remain at current levels or lower until inflation expectations improve near the bank's 2 percent target.
In a stimulus move that is needed, the European Bank has decided to reinstate its asset purchase program starting in November with a monthly purchase rate of 20 billion euros.
ECB President Mario Draghi, who is about to end his term, attributed the bank's decisions to three factors, the prolonged slowdown in economic growth, the downside risks in world trade and finally the inflation outlook is still in a downtrend.
Draghi stressed that the eurozone economy was more likely to stagnate but remained limited.
Amid his continued attack on Federal Reserve President Jerome Powell and his wish that Draghi will be his replacement, US President Donald Trump praised the ECB's decision, noting that he is trying to cut the euro against the very strong dollar and succeeds.
In response to Trump's comments, Draghi said the ECB is not targeting the exchange rate at the moment.
The risky assets benefited from ECB decisions, and gold, a safe haven, also made strong gains.
European stocks consolidated their gains after monetary policy decisions and continued to rise almost by 2:30 pm GMT.
Wall Street indices rose strongly, benefiting from the ECB's decision and positive trade developments as well as the Dow Jones gained over 120 points during the same period.
Global bond yields fell markedly after the decision before offsetting the majority of their fall, with the exception of the Italian debt yield, which continued to decline at an all-time low.
The yield on German 10-year government bonds was at -0.551 percent, down from -0.647 percent earlier in the day.
UK 10-year yields fell to 0.649 percent from 0.571 percent.
The yield on US 10-year notes was 1.747 percent over the same period.
Gold benefited strongly from ECB decisions, which pushed it up more than $ 20 an ounce before paring gains to $ 12 as stocks rose.
On the currency side, the euro turned to losses after the decision to cut interest rates to fall below the level of $ 1.10, but managed to shift back to gains after that, to the level of $ 1.1050, up 0.4 percent against the dollar.
The dollar took advantage of the euro's losses after the European Central Bank statement to continue its gains but turned lower with the rise of the European currency later and after Trump's tweet and economic data.

» "The event of the week" .. The decisions of central banks shape the world markets
»  Highlighted the political risks that could shake global markets in 2019
» 15 February “Catastrophe” Warned Will Shake Entire World
» Xi Jinping: No power in the world can shake the foundations of the Chinese nation
» "Russia Warns America Is At The Abyss: Next 10 Days Will Shake The World"-MUST READ, OH LORD