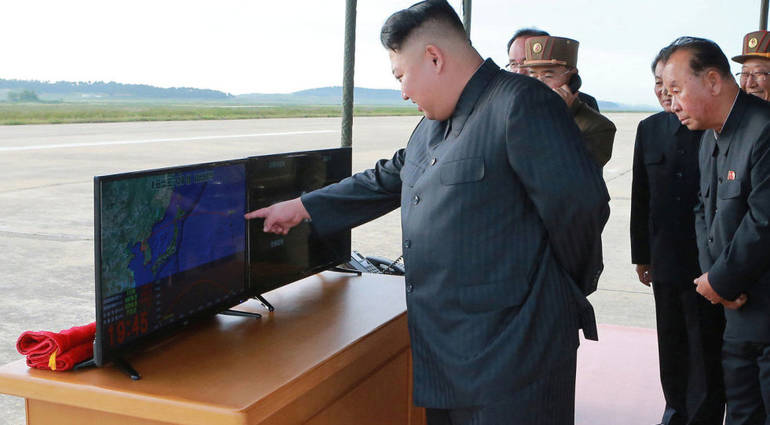 Arabic and International   Sunday, 24 September 2017 at 09: 35 am (عدد المشاهدات 803)
North Korea identifies the countries it will destroy by nuclear

North Korea's Foreign Minister Ry Yong-ho said his country would take strict preventive measures if the United States and its allies were equipped to attack Iran.

"North Korea is a responsible country with nuclear weapons, it will take preventive measures and crackdowns," he said in a speech to the UN General Assembly. "If there is a sign that the United States and its allies are carrying out a process to eliminate our leader or a military attack on the country, .

The minister said that his country does not intend to threaten nuclear weapons countries that do not participate in the US military exercises.

"We do not intend at all to use or threaten to use nuclear weapons against countries that have not joined US military operations against North Korea," said Yong Ho.

North Korea confirmed on September 3 that it had successfully tested a hydrogen destroyer, which could be allocated for use in intercontinental ballistic missiles.

In addition, one week before the test, North Korea fired a ballistic missile over Japan.

The UN Security Council has unanimously decided to impose new sanctions on North Korea, which will significantly limit Pyongyang's export and import capabilities.

In his address to the Security Council on 19 September, US President Donald Trump attacked North Korea, calling its president a "rocket man" and threatened to destroy them completely if they continued their nuclear tests.

On Saturday evening, the US Department of Defense announced that the aircraft of the US Air Force launcher accompanied by a fighter aircraft entered into international airspace over the waters east of North Korea, a show of force.