You are not connected. Please login or register
+2
Neno
lrichards
6 posters 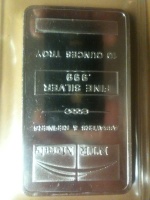 Now here's some great news! Below is a list of companies that are down sizing (closing stores in the next 90 days). I wonder how this will effect the unemployment numbers?

In each of these above, the real truth is competition. Yes some will be laid off and yes some stores will close but in reality, competition has done this with new other names and store openings and hired employees. The wheel rolls on, even tho it is sad for those that got the late starts at these closures.
notazbad2000

I took Best Buy and guessed they have about 50 employees per store. That's about 12,500 people out of work within 90 days. That's just one store on that list mind you.

The ultimate measure of a man is not where he stands in moments of comfort and convenience, but where he stands at times of challenge and controversy.
Martin Luther King Jr., Strength to Love, 1963
Bama Diva

@Neno wrote:In each of these above, the real truth is competition. Yes some will be laid off and yes some stores will close but in reality, competition has done this with new other names and store openings and hired employees. The wheel rolls on, even tho it is sad for those that got the late starts at these closures.

The sales figures have been really down in these stores for the last 3 to 4 years and they are hurting badly. So, I am not convinced that competition is as big of player in the closings as the economy is. When people started tearing up their credit cards and went to cash, the sales took a dive imo.
Neno

Opinions very and that is a good thing. I like yours as well Bama but I see the economy everyday here in TEXAS, the lines just get longer and longer and the store names, they change and just keep coming with the same products or the same like ones just under a different a different copyright... ;)
wciappetta

Lets not forget the healthcare penalties and other such additional healthcare related costs have fast tracked this....
_________________
For I know the thoughts that I think toward you, saith the LORD, thoughts of peace, and not of evil, to give you an expected end. Then shall ye call upon me, and ye shall go and pray unto me, and I will hearken unto you. And ye shall seek me, and find me, when ye shall search for me with all your heart.
notazbad2000

I hardly do any major shopping at any of the stores listed. I am practicing something called "Delayed Gratification". I see so much I want and want to do in life, but I refuse to put myself in debt any further. When this investment comes to fruition, debt will cease to be a part of my vocabulary.
_________________
TAZ

The ultimate measure of a man is not where he stands in moments of comfort and convenience, but where he stands at times of challenge and controversy.
Martin Luther King Jr., Strength to Love, 1963
Neno

And you smart TAZ, other than your home and or Auto's, you need to be in debt with nothing else. Everything is a luxury in life, live with in your means cause you never know when a emergency will occur. The way I live too brother... ;)
notazbad2000

@Neno wrote:And you smart TAZ, other than your home and or Auto's, you need to be in debt with nothing else. Everything is a luxury in life, live with in your means cause you never know when a emergency will occur. The way I live too brother... ;)

The ultimate measure of a man is not where he stands in moments of comfort and convenience, but where he stands at times of challenge and controversy.
Martin Luther King Jr., Strength to Love, 1963
elandur

Can't be! The president says the economy is doing great! We've turned the corner - for the past couple years or so. Everything is coming up roses!

Having said that, can't say I am too surprised, looking at the list of stores. Barnes and Noble? Love them. I buy quite a few books from them each year. But reality is, more people are ordering online and buying e-books. Brick and morter store fronts are expensive. And while I still like to browse the stacks may people don't think that way anymore. B. Daltons, Walden Books - both gone for years. I used to frequent them just as much. Borders? Gone. When it comes to books, you simply don't need a brick and morter.

Kmart? Well, I just went to one in Phoenix. Same Kmart I used to go to 35 years ago when I was going to college. First time I have been to a Kmart in years. Why? There hasn't been a Kmart in San Antonio, to my knowledge in years. Between Walmart and HEB (and the few Targets that are left) they have all been run out of business here. Walmart does Kmart much better.

Best Buy? I don't think they are going to be around much longer either. My son-in-law used to work for them and he expressed much the same sentiment. There really isn't much they provide that can't be done online. This past Christmas we shopped Best Buy - but almost all of it was done online. We just went to the local Best Buy for pickup. And we really didn't need to do that as they ship as well.

I think the problem is two-fold (at least). Part of it is the economy. Part of it is changes in the way we shop. The former has simply accelerated the latter. And of course, as pointed out above, closing the stores eliminates jobs that in turn feeds the downturn in the economy, which in turn is changing the way we shop as well. When I buy on line I don't have to pay for the gas to go to the store. There are a lot of factors here; I am sure Obamacare is playing a part. Perhaps one reason many are shopping online instead of going to malls is that they are worried about becoming the victim of a mass-shooting. (Even though your odds of simply being mugged are much, much greater. But then again, less chance of being mugged if you shop online too.)
Sponsored content

» AL-RAFIDAIN ISSUES NEW INSTRUCTIONS REGARDING THE CONSTRUCTION AND RESTORATION LOAN

» The President of Iraq: We face great challenges that require unity and the predominance of the langu

» Al-Sadr: Al-Maliki was tried and did not succeed and the experimenter is not tested and he must publ

» Economist: Restructuring Rafidain is part of the state's direction to activate the private sector

» Oil expert: Iraq will enter one billion dollars annually if the price of oil increases by one dollar

» Electricity: 87% of the completion rate of connecting Iraq to the electricity of the Gulf countries

» Al-Sadr: I am not infallible

» The rise of the dollar for fear of raising interest rates

» Al-Kazemi’s advisor: Investment companies will provide services for residential lands within the “Da

» The Sadrist bloc holds its first meeting, these details

» “The Frame” .. an Iranian attempt to gather its lost allies in Iraq

» Will the energy agreements signed by Iraq be affected by the change of government?

» Sadrist bloc: We will take all legal steps to protect sovereignty

» A winning candidate in the elections talks about the shape of the next government: "a consensus in w

» Integrity: Recruiting the former Minister of Electricity and officials in the ministry

» The National Union: The position of the President of the Republic is our share

» IHEC: Appeals do not change the election results

» Without a guarantor.. Al-Rafidain grants 50 million as loans to employees

» The Minister of Wealth comments on the fuel crisis in Kurdistan

» Integrity: Recruiting the former Minister of Electricity and officials in the ministry against the b

» The Minister of Justice arrives in Tehran and reveals his agenda

» The Electoral Commission resolves in advance the Federal Court's decision on manual counting!

» Oil: We aim to achieve the highest financial revenues.. and pricing does not depend on daily variabl

» Governmental company: The Ministry of Commerce deliberately impedes the export of our products

» Oil prices are rising to their highest levels

» Iran allocates power stations to Iraq exclusively... and Baghdad: We will contract for only five yea

Yesterday at 9:23 am by chouchou