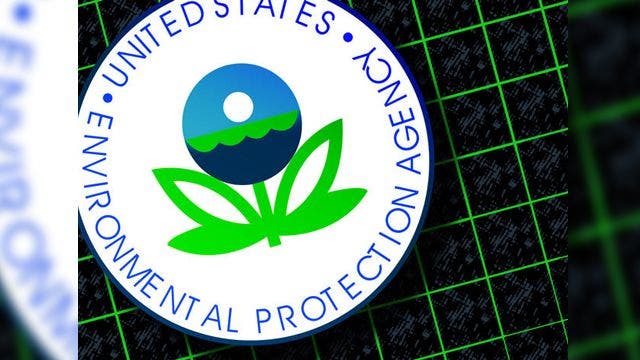 It's not just the IRS.


A second federal agency is facing a probe and accusations of political bias over its alleged targeting of conservative groups.


The allegations concern the Environmental Protection Agency, which is
being accused of trying to charge conservative groups fees while
largely exempting liberal groups. The fees applied to Freedom of
Information Act requests -- allegedly, the EPA waived them for liberal
groups far more often than it did for conservative ones.


The allegations are under investigation by the House Energy and
Commerce Committee and the House Oversight and Government Reform
Committee, which is also holding hearings on the Internal Revenue
Service targeting of conservative groups.


"I don't think it is fair at all. It is not fair to the American
taxpayer -- the American taxpayer should expect and demand that the EPA
treats everyone equally in regard to these requests," said Pennsylvania
Republican Rep. Tim Murphy, a member of the Energy and Commerce
Committee. "This cannot be tolerated. As we see more federal agencies
with this kind of bias, it is and should be a concern for all of us."


Research by the Competitive Enterprise Institute (CEI), a
conservative Washington, D.C., think tank, claims that the political
bias is routine when it comes to deciding which groups are charged fees.
Christopher Horner, senior fellow at CEI, said liberal groups have
their fees for documents waived about 90 percent of the time, in
contrast with conservative groups that it claims are denied fee waivers
about 90 percent of the time.


"The idea is to throw hurdles in our way," charged Horner, who says
he decided to look into the fee structure after the EPA repeatedly
turned down his group for waivers.


"In 20 cases of ours, since the beginning of last year, we were
expressly denied, or denied by them simply refusing to respond, in 18
out of 20 cases," said Horner, explaining that the batting percentage
for fees waived in favor of liberal groups is overwhelming.


"Earth Justice was batting 17 out of 19, the Sierra Club was the
worst, at 70 percent granted, 11 out of 15. You add up some other groups
and we found that 75 out of 82 groups granted, because these are the
groups that the EPA has decided are the favored groups."


The EPA has denied any favoritism.


Acting EPA Administrator Bob Perciasepe told the House Energy and
Commerce Committee on May 16 that "our policy is to treat everybody the
same," and the agency is considering pursuing an investigation.


In a statement to Fox News, the EPA said: "The Office of Inspector
General received from the Environmental Protection Agency the official
request to look into this matter just over a week ago, so the request is
currently under review by the OIG at this early stage."


But Horner, who has studied federal government agency practices as
the author of "The Liberal War on Transparency: Confessions of a Freedom
of Information 'Criminal,'" says that charging fees or denying
information requests is a underhanded method that government agencies
use to try and stymie the free flow of information or political
dissent.


"This is no different than denying a group that you don't agree with
... whether you are the IRS or the EPA, their tax-exempt status," said
Horner.


"You're talking about essentially making or breaking them, or at a
minimum, snuffing out their ability to pursue their objectives."
Murphy said treating groups differently is simply not right.


"We are hoping that the acting administrator of the EPA can already
send a message out to his people that this will not be tolerated,"
Murphy said. "It is wrong. Similar with the people with the IRS who
testified that, 'well some of things may not be illegal,' they can still
be wrong. People expect their government to not be acting in these
ways, but to be fair and just and truthful in these informational quests
and in their investigations."


Read more: http://www.foxnews.com/politics/2013/06/04/epa-accused-singling-out-conservative-groups-amid-irs-scandal/#ixzz2VHqFRkRg
_________________
For I know the thoughts that I think toward you, saith the LORD, thoughts of peace, and not of evil, to give you an expected end. Then shall ye call upon me, and ye shall go and pray unto me, and I will hearken unto you. And ye shall seek me, and find me, when ye shall search for me with all your heart.