Analysis: Global economy on the brink of liquidity crisis

Analysis: Global economy on the brink of liquidity crisis 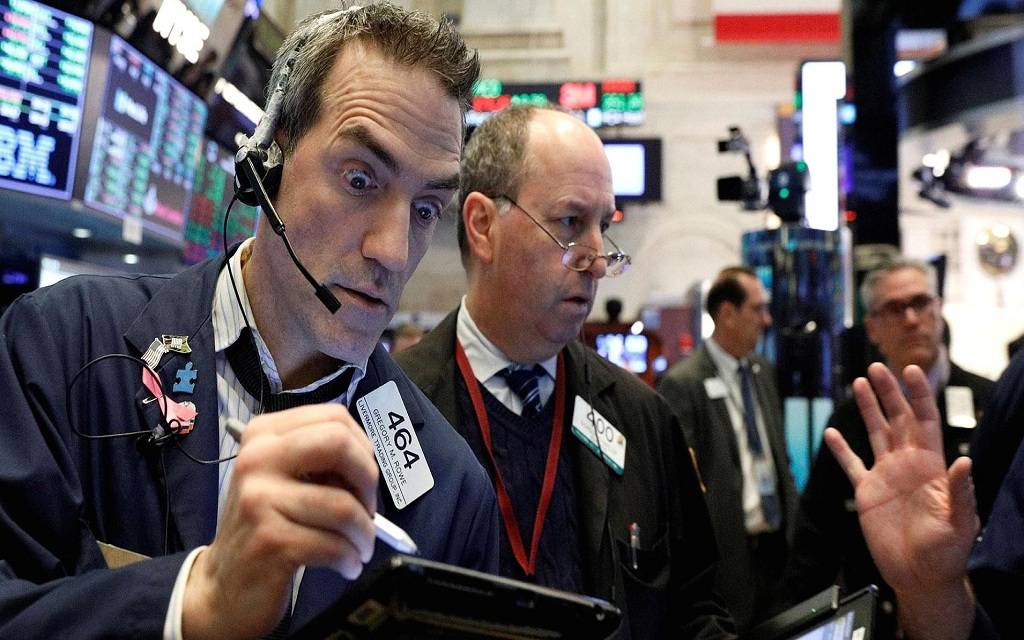 Follow-up - Mawazine News
In October 1997, the US stock index "Standard & Poor's" 7% when the spread of infection of the Asian currency crisis globally.
Nearly a year later, the US index was affected by Russia's debt default and the collapse of the Long Term Capital hedge fund.
In August 2015, fears of a slowdown in China's economy following a sudden 2% devaluation of the yuan caused S & P's entry into a correction zone.
In an article in the Financial Times, she said that with all these events, the US Federal Reserve was moving away from raising interest rates, and at times even lowering them.
Certainly, local factors played a role in all of these scenarios, but whatever happens abroad is certainly an influential factor.
The past few weeks have seen speculation that a continuing turmoil in emerging markets could trigger similar results, but the Fed's latest record showed its intention to raise interest rates probably in September.
This is the Fed plan that has been in place lately, but with the fact that central banks around the world are also tightening monetary policy, global liquidity is draining at a much faster pace, a trend that could involve some emerging markets with heavy debt and even the United States itself.
According to a survey by Bank of America Merrill Lynch, since January, the number of rate hikes has increased, reaching levels close to their counterparts before the global financial crisis.
Given this emphasis, largely due to emerging markets trying to undermine currency shocks or manage inflationary pressures, global liquidity has shrunk considerably.
Using indicators that measure the broad money supply of the top 30 major economies converted into dollars relative to US money supply, dollar supply has been increasingly scarce.
Partly because of the strength of the dollar, the US economy and the slowdown in credit growth in China, along with protectionism and explicit moves by the Fed to reduce funds in the financial system.
US liquidity is the most important because the dollar is the world's first cash reserve currency and the majority of global debt is denominated in green paper.
The central banks in the world prefer to hold the dollar for any other currency by a large margin, and is conducted daily trading more than $ 4.4 trillion.
The volatility of dollar liquidity is particularly worrying for emerging markets, because during the years of cheap money following the financial crisis, investors are piling up in those markets to offset the low returns available in developed economies.
Although low liquidity and a slow global economic growth would affect all emerging market economies to some extent, some countries are better positioned than others.
The downward spiral in Turkey's and Argentina's currencies has reflected internal problems but similar episodes of disruptions could also be expected in countries heavily dependent on foreign debt and lacking exports or foreign exchange reserves to cover the decline in liquidity.
According to RBC Capital, Indonesia, India and Malaysia are the most vulnerable in Asia, as well as the Philippines and South Africa.
In the end, all these developments may be traced back to hitting the United States, whose stock market is now the longest rally in its history.
Morgan Stanley analyst Hans Redeker warned in June that the dynamic correlation of liquidity turned into global volatility that should benefit currencies of countries that have a trade surplus such as the yen and the euro.
October is likely to see the pace of quantitative tightening of the Federal Reserve to the level of 600 billion US dollars per year, which means increasing the adverse wind to the US markets.
The Fed approved a plan to reduce its holdings of bonds it bought after the global financial crisis under the quantitative easing program.
Continued selling pressures from emerging markets provide US markets with temporary flows of liquidity, but this suggests that emerging market growth will slow more quickly, reducing US corporate profitability and ultimately economic growth as well.
The accelerating monetary tightening of the Federal Reserve and the weak prospects for corporate performance indicate that US risky assets peaked.

Yesterday at 11:47 am by wciappetta

Yesterday at 7:16 am by Diamond