'The power of Shariah is very difficult to exaggerate' 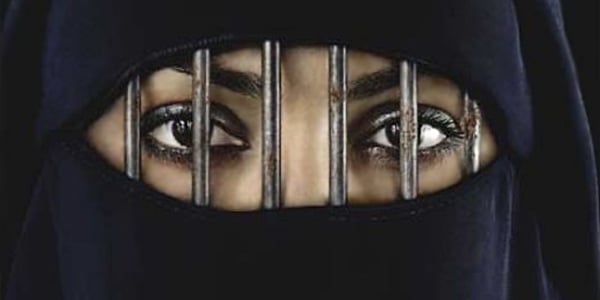 
Appearing this week on CBN News, former Department of Homeland Security officer Philip Haney gave an insider’s perspective on the Obama administration’s dedication to avoiding offending Muslims at the expense of national security.
Haney, who details his experience as a whistleblower in his new book “See Something, Say Nothing: A Homeland Security Officer Exposes the Government’s Submission to Jihad,” came to the realization in 2009 when his superiors made an odd request regarding valuable information he had gathered and entered into the DHS electronic database.
“They told me, we want you to eliminate – the word was ‘modify’ – all the linking information in about 850 records that I put into the system on guess what group? The Muslim Brotherhood,” Haney told CBN’s Jennifer Wishon.
Haney said the Obama administration did not wish to investigate Muslim Brotherhood members as terrorists because it relied on the Brotherhood and other Muslim groups with ties to terrorism to help form U.S. counter-terrorism policy.
Three years later, in 2012, the administration purged all 67 of Haney’s records dealing with Muslims associated with a movement known as Tablighi Jamaat.
“This time they didn’t just modify the information in the records; they completely eliminated them out of the system, erased them forever,” Haney explained. “And then they investigated me for putting that information into the system when that was exactly the job that I was supposed to be doing.”
This pattern continued after the recent terror attack in Orlando, when the Justice Department initially redacted all of shooter Omar Mateen’s references to Islam and ISIS from a transcript of his 9-1-1 call. In fact, Haney discovered immediately after the shooting that the Fort Pierce, Florida, mosque Mateen attended had ties to the Tablighi Jamaat case that the Obama/Clinton State Department shut down in 2012. If Haney’s information had not been eliminated, the Orlando massacre might have been prevented.
“I can’t explain to you the ideology or the worldview of this administration that makes them so adamant to protect Islam from harm by addressing it in its true nature,” Haney said.

Islam, he noted, is not just a religion, but a system of laws – Shariah – that Muslims who adhere to fundamental teaching wish to establish over all the world.

“The power of Shariah is very difficult to exaggerate how much influence it has on the lives of Muslims around the world,” the whistleblower warned.
In fact, Haney believes America is presently locked in a battle between the U.S. Constitution and Shariah law.
“Are we going to submit to the influence of Shariah law and make it legal for one particular religion to have more than one wife?” he asked. “Or are we going to say, ‘No, you cannot implement those provisions as long as you want to be a citizen of United States’?”
The answer, according to Haney, is for Americans to become more familiar with the Constitution.
“If you become more familiar with the Constitution, you’ll be able to see more clearly the points of conflict between the U.S. Constitution and Shariah law, and then you can discuss it without fear of being called a racist or a bigot or an Islamophobe,” he advised.
Haney, who testified before a Senate subcommittee Tuesday, told CBN’s audience his Christian faith has helped him get through his long ordeal. In fact, only faith in God could help him overcome the dark forces he has faced.
“We’re talking about very, very high-level, malevolent kind of forces here at work, and it is very sobering to see these kinds of things operating,” he said. “These are biblical-level events that we’re talking about.”
http://www.wnd.com/2016/06/dhs-whistleblower-why-obama-is-so-adamant-to-protect-islam/#!
Read more at http://www.wnd.com/2016/06/dhs-whistleblower-why-obama-is-so-adamant-to-protect-islam/#PqmIuLrRTZwD0iX2.99

» The 100-day achievements of the Sudanese government... Security, health, anti-corruption and foreign

» Pavel Talabani: Kirkuk is Kurdistan and there is no giving up on it.. Article 140 was activated by t

» A record level of gas production in the Kurdistan region during 2023.. 500 cubic meters last month

» The Iraqi Parliament opens the work of Session No. (5) and ends the first reading of nine bills