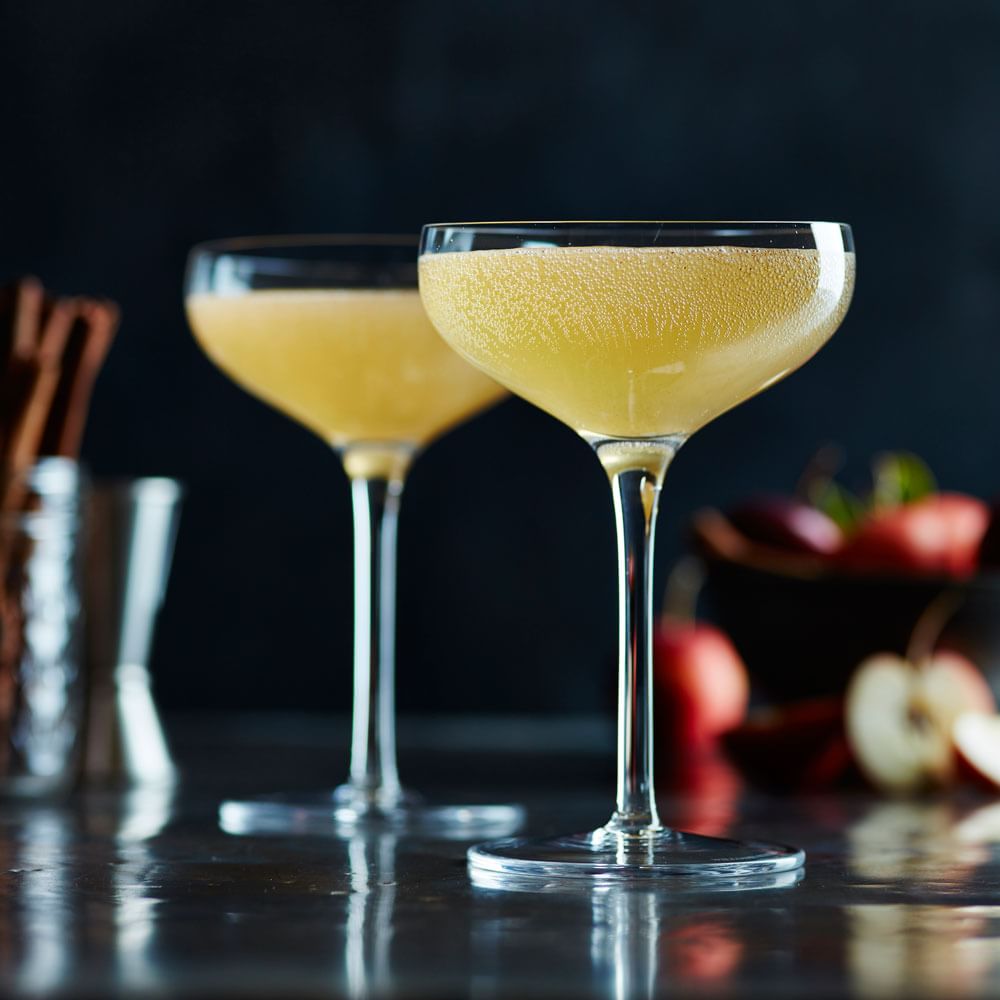 Prep Time: 10 minutes
Cook Time: 0 minutes
Servings: 1
This recipe makes enough of the apple-cinnamon infusion to make about two dozen drinks, so you can cut the recipe in half in you’re not serving a crowd.

For the apple-cinnamon infusion:

To make the apple-cinnamon infusion, in a pitcher, stir together the eau de vie, simple syrup and cinnamon sticks. Let sit at room temperature for about 24 hours, then strain. Discard the cinnamon sticks and transfer the liquid to a clean jar. The mixture will keep for up to month, covered, in the refrigerator.

To assemble the drink, in a cocktail shaker filled with ice, combine the brandy, lemon juice and 1 1/4 oz. (35 ml) of the apple-cinnamon infusion. Shake vigorously and strain into a coupe. Add the bitters and top off the glass with Prosecco. Serve immediately. Makes 1 drink.

» Kuwait Heir Apparent receives Zibari
» Red Bull Heir on the Run After Thailand Revokes His Passport
» Iran hands over "Iraq file" to heir Soleimani
» Thai Prosecutors to Seek Arrest Warrant for Red Bull Heir
» Including the heir to the throne .. The disclosure of the number of applicants for ministerial posit