10 cities where ordinary people can no longer afford homes

10 cities where ordinary people can no longer afford homes 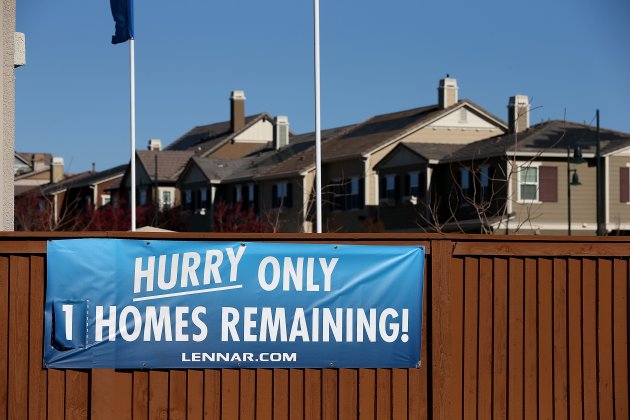 It now seems pretty clear that late 2012 or early 2013 was the ideal time to purchase a home: Real-estate prices and interest rates were both near record lows, creating an unprecedented buying opportunity for those who could muster a down payment and qualify for a mortgage.

Home affordability is still pretty good by historical standards, but typical buyers are once again being priced out in at least two dozen markets ranging from coastal hotspots to lower-cost inland cities. Three factors are pushing the cost of owning a home beyond the financial reach of ordinary families: Mortgage rates are ticking upwward as the Federal Reserve backs away from the super-easy monetary policy of the past five years. Home prices are rising as the economy recovers. And incomes are barely budging, which means typical families are once again falling behind as they try to bank enough to buy a home.

We used data from research firm RealtyTrac to determine where housing affordability is deteriorating the most. At the top of the list is Salinas, Calif., where a median-priced home rose 40% from the end of 2012 to the end of 2013, to $388,000. When rising interest rates are factored in, the income required to purchase a typical home rose by a whopping 58%.

The 10 areas in the list below are ranked by the increase in income required to buy a typical home from December 2012 to December 2013. We also included RealtyTrac’s affordability-index rating for the county each city is located in, to exclude cities in which required incomes have risen but homes are still relatively cheap.  (The affordability index represents the median income per county as a percentage of the required income for a typical home purchase, so cities with a rating below 100 are less affordable while those above 100 are more affordable). We also grouped cities in northern and southern California into two entries, since there are so many of them. Here are the 10 areas where home affordability is deteriorating the most:

With home prices rising nationwide by an average of about 11% in 2013, the income required to buy a typical home rose in all but a handful of cities. Still, affordability remains strong in the majority of markets, says Daren Blomquist of RealtyTrac. Here are the 10 cities where affordability has either improved during the past year, or barely changed (affordability-index data isn’t available for every city):

The problem with the most affordable cities is they tend to be less vibrant than those where demand for housing is strong and prices are rising. So while affordability may still be good in many cities, economic opportunity may be lacking.

Meanwhile, the other big factor that determines whether families can buy a home — even if they may have the money for a down payment — is whether their credit rating is strong enough to qualify for a mortgage. Banks have been loosening up, and some have recently begun to lend to subprime borrowers for the first time since the housing bubble began to burst back in 2006. But for some borrowers, it’s a Catch-22: Lending standards are easing just as affordability is worsening. Some families that might have been able to afford a home a year ago can’t now, even if they’re more likely to qualify for a mortgage.

All of these factors will determine whether the housing recovery continues or peters out, which some economists are starting to worry about. While 2013 seemed to be a nice comeback year for housing after six years of price declines, some analysts think it was illusory. “The housing price gains in 2013 may have been a mirage,” writes Jeffrey Rosen, chief economist at research firm Briefing.com. “First-time home buyers have been effectively priced out of the market.”

Rosen believes a surge of all-cash buyers — who are usually investors buying properties to flip or rent — pushed up prices in 2013, a trend that could reverse itself in 2014 as demand from investors wanes. If so, homes that have drifted beyond the reach of first-time buyers could become more affordable, not less. “Affordability conditions need to revert to where they were in January 2013,” Rosen says.

If that happens, potential homeowners should make sure they don’t miss a historic buying opportunity twice.

Rick Newman’s latest book is Rebounders: How Winners Pivot From Setback To Success. Follow him on Twitter: @rickjnewman.

» Attention President Obama: One Third Of U.S. Households Can No Longer Afford Food, Rent And Transpor
» Running for the hills: young people can’t afford to buy or rent, so they are building their own hous
» Asroun warns: Iraq will be in front of a new crisis can not afford .. People this time will not shut
» Estimates… 2030 Iraq will see sand entering cities and homes
» France's Le Pen says people no longer want the EU