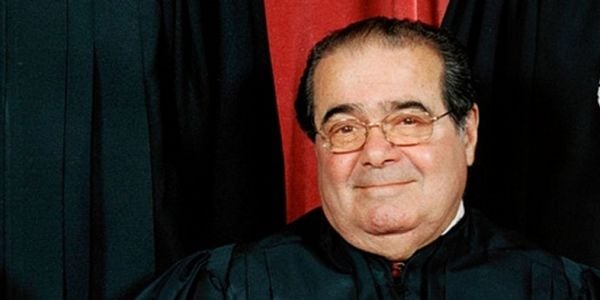 Since Justice Antonin Scalia was found dead in his resort hotel room at Cibolo Creek Creek Ranch on Saturday, questions have been flying about the immediate declaration of “natural causes” as the means of death.

According to the ranch owner, Scalia was described as “animated and engaged” during dinner Friday night. He was one of three dozen invitees to an event unrelated to law or politics.
Yet just hours later, after missing both breakfast and lunch, he was found dead of apparent natural causes. Later, media outlets reported he had suffered a heart attack.
Houston businessman John Poindexter, who owns the 30,000-acre luxury ranch, told the San Antonio Express-News: “He was seated near me and I had a chance to observe him. He was very entertaining. But about 9 p.m. he said, ‘It’s been a long day and a long week, I want to get some sleep.'”
Poindexter knocked on Scalia’s door about 8:30 the next morning. The door was locked and the judge did not answer. Three hours later, Poindexter returned from an outing and determined Scalia was still missing.
“We discovered the judge in bed, a pillow over his head. His bed clothes were unwrinkled,” said Poindexter.
“He was lying very restfully. It looked like he had not quite awakened from a nap,” he said.
“His hands were sort of almost folded on top of the sheets,” Poindexter told the New York Times. “The sheets weren’t rumpled up at all.”
Scalia did not have a pulse and his body was cold, and after consulting with a doctor at a hospital in Alpine, Poindexter concluded resuscitation would have been futile. He then contacted federal authorities, at first encountering a series of answering services because he was calling on a weekend.
“Ultimately they became available and handled it superbly,” he told the Express-News. “They flew in by helicopter. They told me to secure the ranch, which I did until this morning.”
Scalia’s body was moved to an El Paso funeral home early Sunday, then driven from Marfa and arrived around 2:30 a.m. at Sunset Funeral Homes, according to spokesman Chris Lujan.
Lujan said the funeral home was chosen by Scalia’s family, and at the advice of a family friend.
The El Paso County medical examiner’s office said they hadn’t received any information regarding the possibility of performing an autopsy.
As WND reported, the seemingly quick conclusion that Scalia died of “natural causes” is prompting calls for an autopsy and toxicological reports by activists and across social media platforms.
Poindexter said Scalia’s sudden death was both a personal tragedy for those at the ranch, and for the nation at large.
“All of us here saw him as a stalwart defender of our way of life in Texas, in a real sense,” he said. “It’s a great loss. Having made that statement, if it was his time to go, he was surrounded by friends, in fairly nice setting, with a full tummy too. He said he was very happy to be invited so it could have been in worse circumstances. … It’s caused all of us here to stop and think about life, how precious it is, and how it is so unexpectedly lost.”

Yesterday at 7:12 am by Diamond