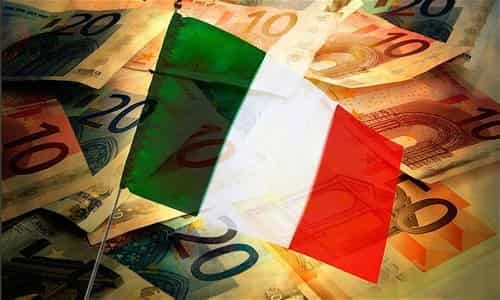 The Italian banking system is a "leaning tower" that truly could completely collapse at literally any moment.  And as Italy's banks begin to go down like dominoes, it is going to set off financial panic all over Europe unlike anything we have ever seen before.


I wrote about the troubles in Italy back in January, but since that time the crisis has escalated.  At this point, Italian banking stocks have declined a whopping 28 percent since the beginning of 2016, and when you look at some of the biggest Italian banks the numbers become even more frightening.

So what makes Italy so important?

Well, we all saw how difficult it was for the rest of Europe to come up with a plan to rescue Greece.  But Greece is relatively small  they only have the 44th largest economy in the world.

The Italian economy is far larger.  Italy has the 8th largest economy in the world, and their government debt to GDP ratio is currently sitting at about 132 percent.

There is no way that Europe has the resources or the ability to handle a full meltdown of the Italian financial system.  Unfortunately, that is precisely what is happening.  Italian banks are absolutely drowning in non-performing loans, and as Jeffrey Moore has noted, this potentially represents "the greatest threat to the worlds already burdened financial system"...

Shares of Italy's largest financial institutions have plummeted in the opening months of 2016 as piles of bad debt on their balance sheets become too high to ignore.  Amid all of the risks facing EU members in 2016, the risk of contagion from Italys troubled banks poses the greatest threat to the worlds already burdened financial system.

At the core of the issue is the concerning level of Non-Performing Loans (NPLs) on banks' books, with estimates ranging from 17% to 21% of total lending.  This amounts to approximately $200 billion of NPLs, or 12% of Italys GDP.  Moreover, in some cases, bad loans make up an alarming 30% of individual banks' balance sheets.

Things have already gotten so bad that the European Central Bank is now monitoring liquidity levels at Monte dei Paschi and Carige on a daily basis.  The following comes from Reuters...

The European Central Bank is checking liquidity levels at a number of Italian banks, including Banca Carige and Monte dei Paschi di Siena , on a daily basis, two sources close to the matter said on Monday.

Italian banking shares have fallen sharply since the start of the year amid market concerns about some 360 billion euros of bad loans on their books and weak capital levels.

The ECB has been putting pressure on several Italian banks to improve their capital position. The regulator can decide to monitor liquidity levels at any bank it supervises on a weekly or daily basis if it has any concern about deposits or funding.

A run on the big Italian banks has already begun.  Italians have already been quietly pulling billions of euros out of the banking system, and if these banks continue to crumble this "stealth run" could quickly become a stampede.

And of course panic in Italy would quickly spread to other financially troubled members of the eurozone such as Spain, Portugal, Greece and France.  Here is some additional analysis from Jeffrey Moore...

A deteriorating financial crisis in Italy could risk repercussions across the EU exponentially greater than those spurred by Greece.  The ripple effects of market turmoil and the potential for dangerous precedents being set by EU authorities in panicked response to that turmoil, could ignite yet more latent financial vulnerabilities in fragile EU members such as Spain and Portugal.

Unfortunately, most Americans are completely blinded to what is going on in the rest of the world because stocks in the U.S. have had a really good run for the past couple of weeks.

Headlines are declaring that the risk of a new recession "has passed" and that the crisis "is over".  Meanwhile, South America is plunging into a full-blown depression, the Italian banking system is melting down, global manufacturing numbers are the worst that we have seen since the last recession, and global trade is absolutely imploding.

Other than that, things are pretty good.

Seriously, it is absolutely critical that we dont allow ourselves to be fooled by every little wave of momentum in the stock market.

It is a fact that sales and profits for U.S. corporations are declining.  This is a trend that began all the way back in mid-2014 and that has accelerated during the early stages of 2016.  The following comes from Wolf Richter...

Total US business sales  not just sales by S&P 500 companies but also sales by small caps and all other businesses, even those that are not publicly traded  peaked in July 2014 at $1.365 trillion, according to the Census Bureau. By December 2015, total business sales were down 4.6% from that peak. A bad 18 months for sales! Theyre back where theyd first been in January 2013!

Sales by S&P 500 companies dropped 3.8% in 2015, according to FactSet, the worst year since the Financial Crisis.

I know that a lot of people have been eagerly anticipating a complete and total global economic collapse for a long time, and many of them just want to "get it over with".

Most Americans have absolutely no idea how spoiled we really are.  Even just fifty years ago, life was so much harder in this country.  If we had to go back and live the way that Americans did 100 or 150 years ago, there are very few of us that would be able to successfully do that.

So enjoy the remaining days of debt-fueled prosperity while you still can, because great change is coming, and it is going to be extremely bitter for most of the population.

Re: Collapse Of Italy's Banks Could Plunge The European Financial System Into Chaos

Most Americans have absolutely no idea how spoiled we really are.  Even just fifty years ago, life was so much harder in this country.  If we had to go back and live the way that Americans did 100 or 150 years ago, there are very few of us that would be able to successfully do that.